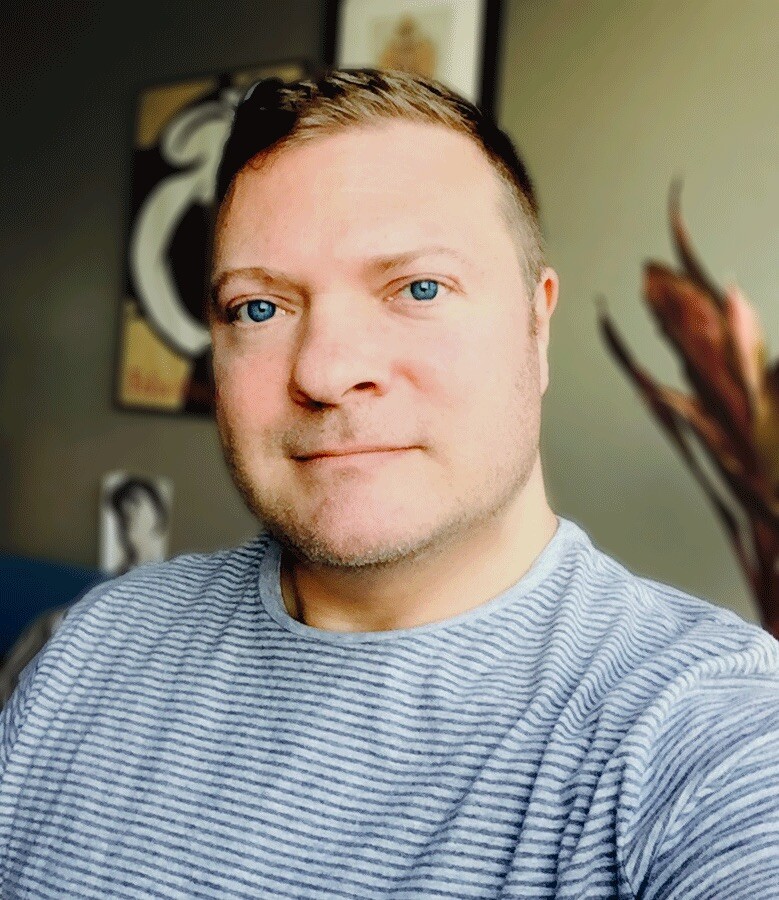 Raised in the Chicago area, J. Steven witnessed his fair share of injustice growing up and always imagined how he could make life better for everyone if only he’d had magic or superpowers. It took years for him to understand that he did have a gift. Though he traveled the globe in his youth, he still favors the lands of his imagination and wants nothing more than to share his visions with the world. He hopes his gift will allow readers to escape from reality, if only for a spell.
Following his education in technology, with a focus on writing and communication, he’s spent his career working in the tech and travel industries. It allows for some creativity, but it doesn’t compare to the freedom of creating new worlds and magical creatures.
A passionate home chef, J. Steven, can often be found in the kitchen with his agreeable husband, Tom, and their spunky little Siamese kitten, GusGus, who runs the house. When he isn’t working or writing, J. Steven is never more than a step or thought away from adventure. Whether spending time in his enchanted garden, conjuring up new recipes or spending time with family and friends, he’s always dreaming up new fiction based on over-the-top characterizations of the people he meets.

Chat with us on Messenger